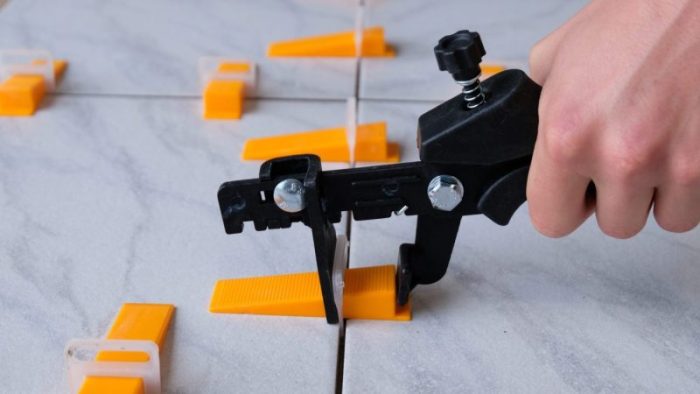 Choose your region and language

Using tile pliers seems obvious, but it certainly isn’t. You should always set up the plier based on your tiles. In the article below, we explain to you, how to set up the plier.

It is possible to push the wedge into the clip by hand, but after a few times this will hurt your fingers. Moreover, you cannot apply the same force with your fingers, as you can with plier.

Adjusting the head of the pliers for thin tiles

Based on the tile thickness, you need to adjust the head of the pliers.  With thinner tiles, the wedge will be pushed further through the clip using the pliers. With thin tiles, it is best to slide the head closer to the handle. You can do this by using the wing nut. Turn the wing nut, move the head and tighten the nut again. This way, the clearance between the grip piece and the attachment piece is smaller and the pliers can push the wedge through the clip.

Adjusting the head of the pliers for thick tiles

With thicker tiles, the head of the pliers should be placed just further out, in order to create greater clearance and have a larger gripping range. You can do this by means of the wing nut. Turn the wing nut log, move the head and tighten the nut again. This way, the clearance between the gripping piece and the attachment is greater and the pliers can push the wedge through the clip.

Setting the force of the pliers

The black screw at the top of the pliers can be used to set the force. To set it, you must first test the pliers on some clips. If the screw is turned in too far, there will not be enough force on the key. In this way, the vise will obstruct the pliers. If the screw is not screwed in enough, one can pull too hard. In this case, too much tension may be put on the leveling system, resulting in loss of force for the user.

Tip: Make sure your pliers are adjusted correctly. If it is not adjusted properly, the pliers may break after some time. 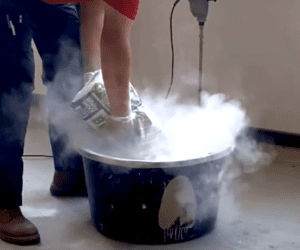 A good tile adhesive is essential when laying tiles with a leveling system. In this video and blog below, you will find the most important steps. So you can quickly and easily prepare your own tile adhesive. 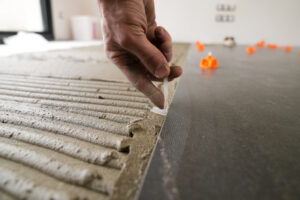 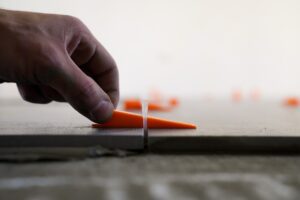 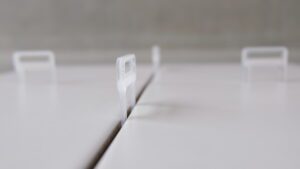 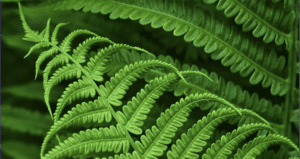 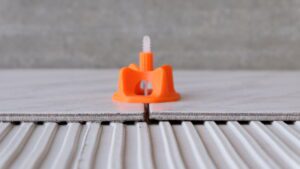 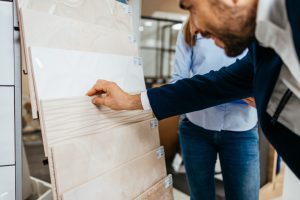 Not a product but a store concept

Purchasing a new product or switching to another brand is never easy. You want to make sure the product will resonate with your customers. Why choose Levelit and not another brand? 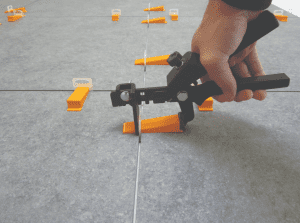 Benefits of leveling systems: everything you need for a perfectly even floor

Have you bought tiles for tiling a floor or wall? Then a tile leveling system will definitely come in handy to ensure you don’t create any height differences between the tiles. 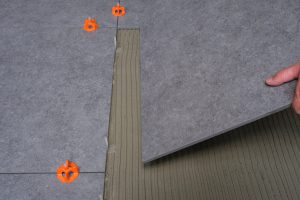 Are you going to lay a floor and do your own tiling? Then you might have a lot of questions. Where do you start, for example?
© 2022 Levelit. All rights reserved